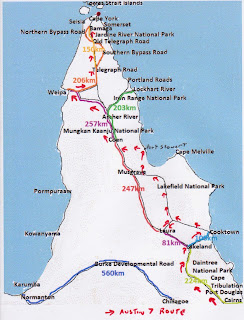 In late June we will be heading off to recreate the first car journey 1,000km from Cairns to Cape York (Australia's most northerly point). In 1928 Hector Macquarrie and Dick Mathews drove a tiny Austin 7 on a heroic journey through the bush and over numerous tropical rivers to be the first vehicle to reach Cape York.

We have acquired an identical 1928 Austin 7 and will attempt to take this little 87 year old car on the same route. The Cape York trip is still the great four wheel drive destination as the way is closed for 6 months of the year due to monsoonal rains and high rivers. There are gravel roads now built around the most difficult sections but we will attempt to follow the original unmade route along the old overland telegraph line - the same horse track Hector and Dick went on in 1928.

Many four wheel drivers steer clear of this difficult track but we reckon that the groups of helpful aboriginals who helped push and actually carry the tiny car through deep creeks in 1928 might be replaced by the odd helpful Landcruiser in 2015 to assist us up the near vertical banks. Apart from adhoc pulls on the rope if required from passing 4x4's we will be going completely alone and unsupported.

Whatever the outcome it will be a lot of fun and we will keep you posted.

The Austin Seven
In 1922 Herbert Austin decided to build a tiny car to replace the motorcycle sidecar - which was all that was available within the financial range of many people in Britain at that time. The result was a vehicle that stayed in production for over 15 years and sold more than 300,000 units around the world. It was also built under licence in several countries such as the French Rosengart, the American Bantam, the German Dixi - BMW's first motor car and the Japanese Datsun - their first "full size" car. 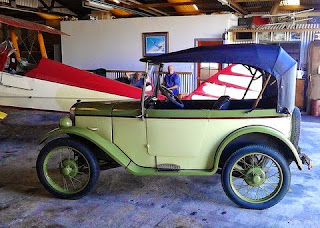 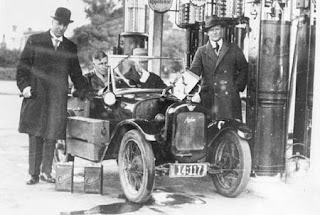 The car only weighs around 400kg (the Landcruisers who will be passing us weigh 7 or 8 times as much). A mighty 10 hp from a 750cc sidevalve engine will be speeding us along.